This week we are featuring Laura Muniz. This three year old classroom was learning about Eric Carl and Laura decided to spend a week focusing on the animals featured in his books. Below you will find a reflection from Laura and images from her lesson. 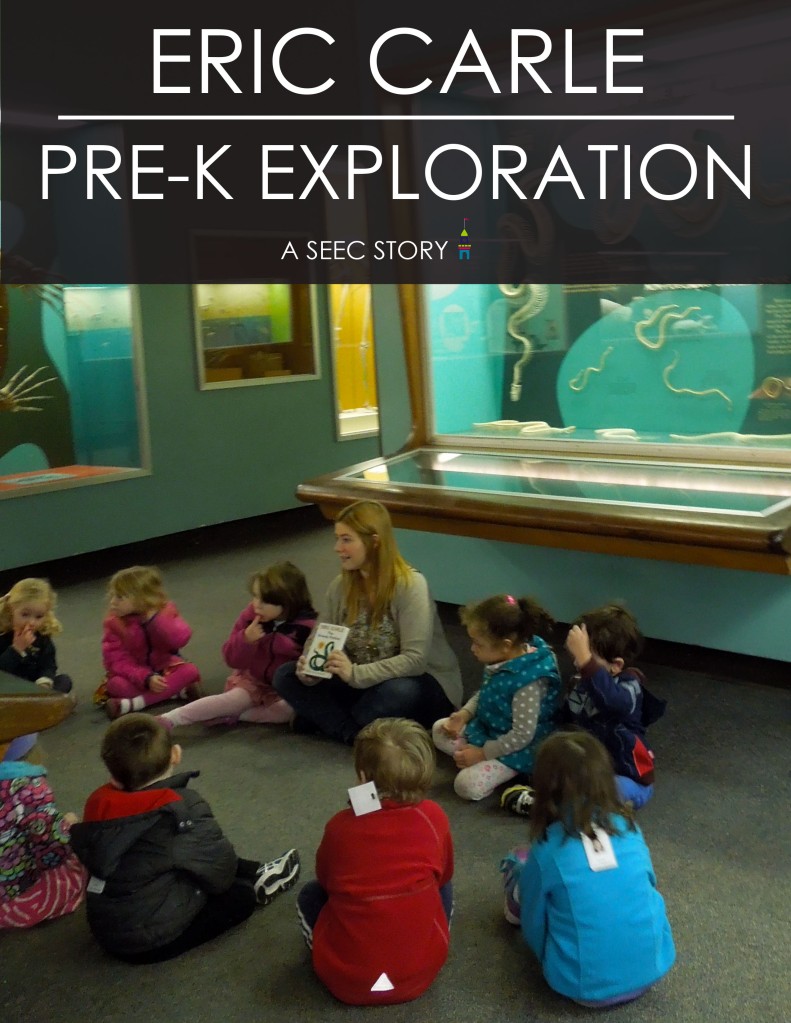 Some of Eric Carle’s books talk about animals, what they see and what they hear, so we decided to explore animal senses.  For this lesson we wanted to focus on snakes and how they use their tongues to smell.  We went to the Bone Hall at The National Museum of Natural History and checked out some cool snake bones.  We also read Eric Carle’s The Greedy Python.

I wanted the children to learn that animals sometimes experience things differently than humans.  On this day, I wanted to emphasize the distinction between our sense of smell and taste and that of a snake’s.

I think the most successful part of the lesson was the game we played with the small jars with scented cotton balls inside. The kids took turns using their nose to smell, trying to guess what the “mystery scent” was.  They then stuck out their tongues, the way a snake would, to see if they could smell with their tongues.  The activity not only allowed the kids to engage with the lesson, it was also lots of fun!

We were talking about snakes, so naturally we went to the Bone Hall to check out some snakes and other reptile bones.  Unfortunately, the space in the Bone Hall is a little awkward because it is a popular thorough fare to other exhibits. I feel like I could have also done this lesson outdoors or even at the Zoo.

Here are a few images from their unit on snakes:

Laura began her lesson at the National Museum of Natural History. She read Eric Carle’s The Greedy Python and asked the group about what they knew about snakes. Laura then asked the group to compare the image of the snake in the book to the ones in the case explaining that we were seeing the skeleton of a snake.

Laura then asked the group what part of our body we use to smell. The group was quick to respond and Laura followed up by asking about the snake’s sense of smell. She explained that snakes use their tongues to taste the air around them instead of smelling with a nose.

Laura invited friends to try smelling the bottles first with their nose and then with their tongue. 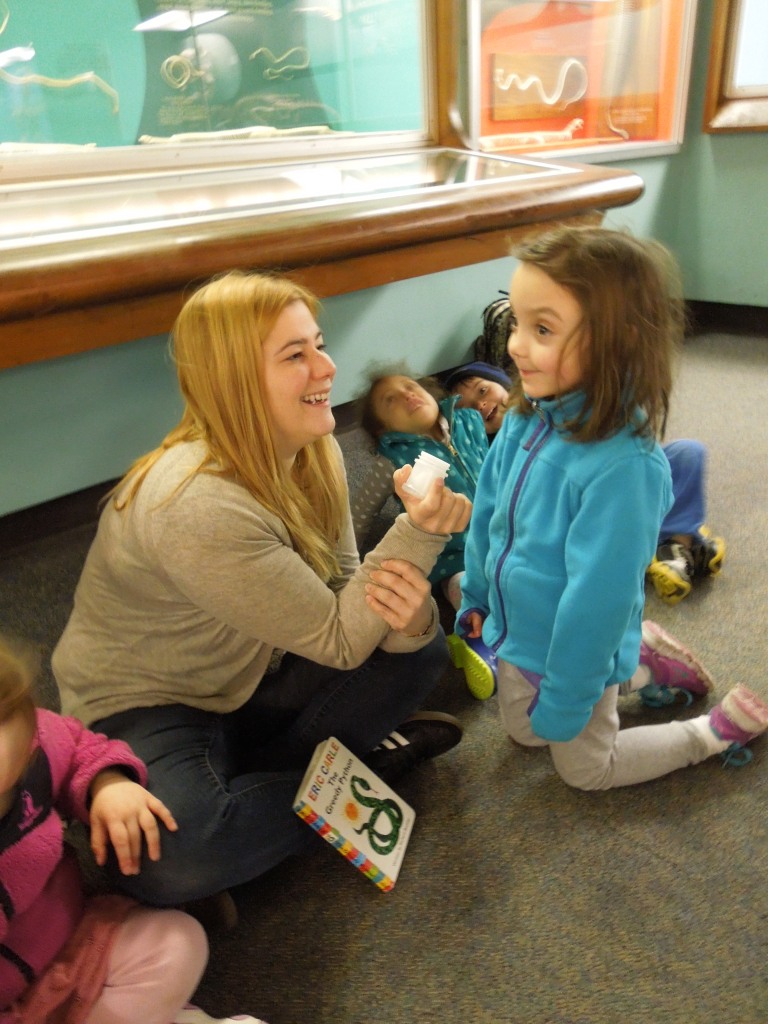 Laura added the extra challenge of having the children try to guess the scent in the bottle. They had such a great time working together to try and figure out the scents!

Before heading back to the classroom, Laura invited the friends to take a closer look at the skeletons. They compare the different sizes of the snakes and their bones.

This class had a wonderful time learning about Eric Carle! Be sure to check back for our Teacher Feature next week!