This week we are featuring Erin Pruckno. Her three year old classroom was learning about Eric Carle and Erin decided to spend a week focusing on The Tiny Seed. Below you will find a reflection from Erin and images from her lesson.

In this unit, we were using the books of Eric Carle to engage with a variety of topics that our class wanted to explore, topics like animals, food, rainbows, and more. This particular lesson was from our week on plants, using The Tiny Seed to guide us. We focused on the parts of a plant, the plant life cycle, what plants need to grow, and in this lesson, how we garden to care for plants.

One of my objectives for this lesson was for the students to develop a sense of their role in tending plants—many of them are interested in the plants on our playground, so I wanted to encourage their sense of responsibility in caring for the natural environment. I also wanted to foster their language development by introducing new vocabulary for the different tools we use to garden, which would also add new elements to their dramatic play. Finally, we used the lesson as an opportunity to organically build letter recognition and phonemic awareness as we named and labeled the different tools.

My students really enjoyed picking out and adding tools to our poster of “Gus the Gardener.” Making it into a game by telling them to close their eyes and pick is always a hit too! I also think that the lesson was successful in encouraging my class to think about the sounds associated with letters as they matched a label with text to the corresponding image of a gardening tool. They also were quick to pick up on the new vocabulary, using the words for tools they previously didn’t know as they played with them on the playground later that day!

The fun part of this lesson is that it doesn’t have to just be about gardening! I’ve also used a similar format to introduce the job of a paleontologist and all the tools he or she needs to dig. It could also work for exploring other occupations, like doctors or builders. During the museum portion of our visit, we were very lucky that there were two paintings side-by-side that allowed us to compare and contrast gardening indoors versus outdoors. Another teacher could accomplish the same thing by bringing in an image of a different kind of garden in another painting, or by comparing and contrasting two different photos or prints if they can’t make it to a museum. Visiting indoor and outdoor gardens would be another opportunity for making comparisons about the kinds of gardening and the tools we need.

Here are a few images from their unit on gardening: 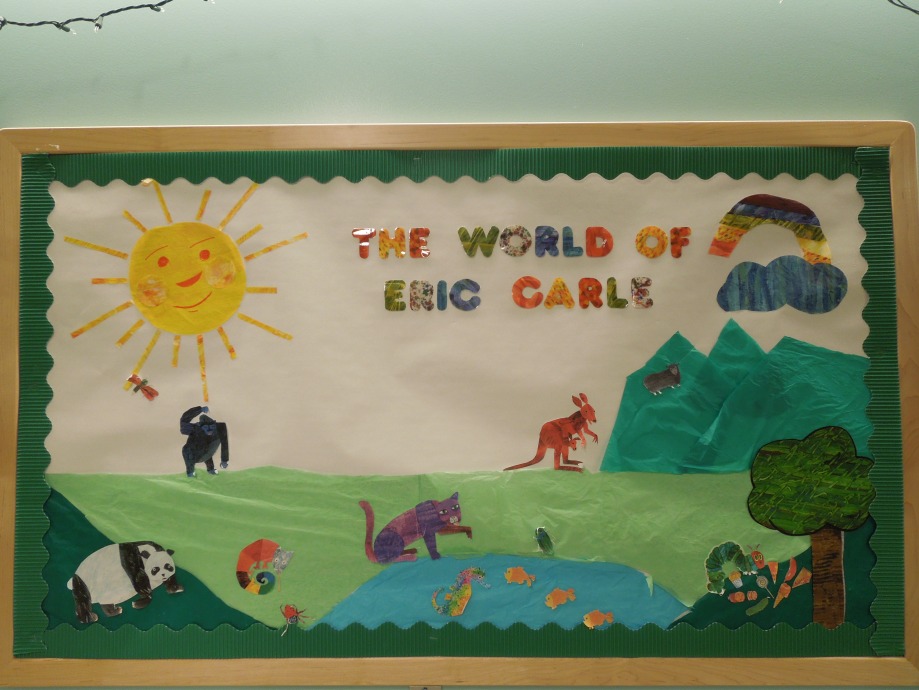 Erin’s class was spending time exploring the wonderful world of Eric Carle and decided to spend a week on his book, The Tiny Seed. 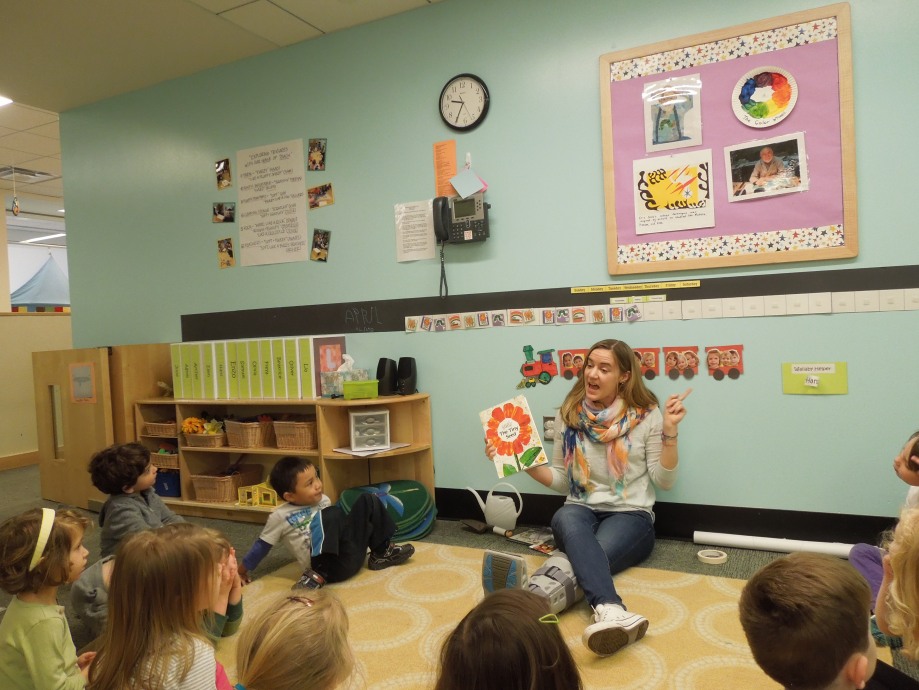 The group had read The Tiny Seed several times throughout the week so Erin decided to have the class work together to re-tell the major plot points.

Erin then read a new book to the group: A Seed Grows by Pamela Hickman. The book introduces the different tools used in gardening.

Erin brought out some of the tools found in the book and introduced the group to her illustration: “Gus” the gardener. 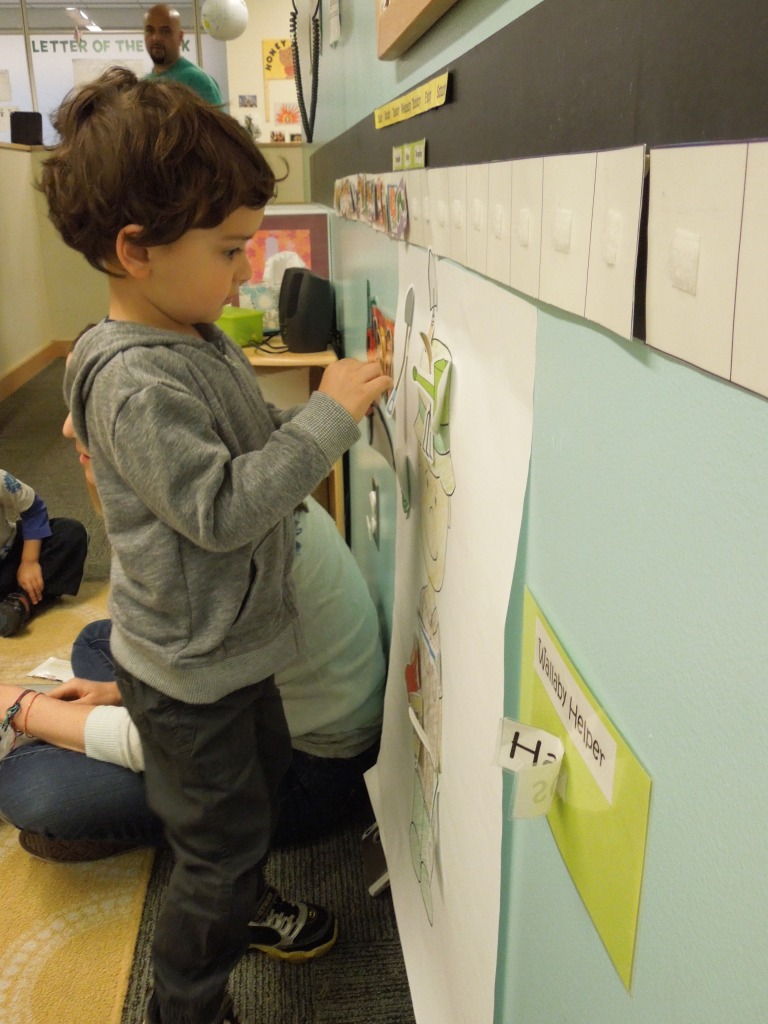 “Gus” needs his tools! Erin invited each child to pick a picture of a garden tool and add it to the image. They all worked together to try and identify the different images.

Erin then had a second bag with the names of each tool and invited them to pick a word and match it to the image on the sheet. 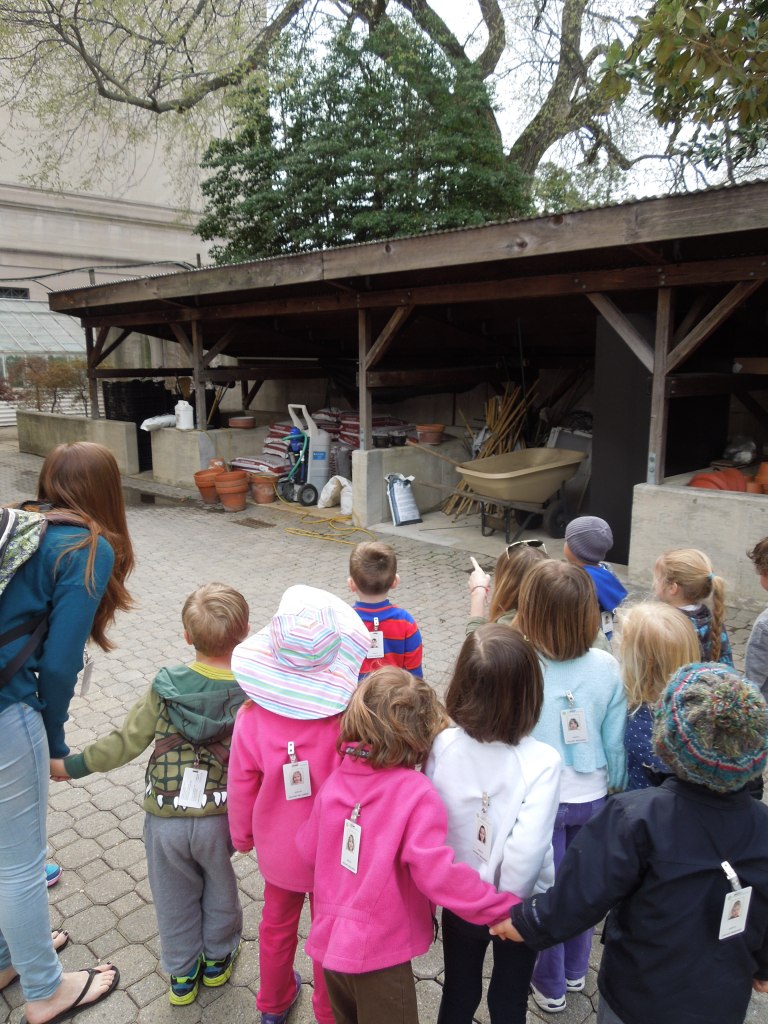 The class then headed out to the National Gallery of Art (NGA). On their way into the museum one of the NGA gardeners invited the students to check out his gardening tools.

The final stop was to see Miro’s The Farm and Matisse’s Pot of Geraniums. Erin asked the group to do some close looking and describe what they saw in the two paintings. She emphasized that these paintings were both of gardens but one would be found indoors and the other outdoors. Erin then brought out “Gus” and had the group work together to identify which tools could be used to plant in either garden or both.

This class had a wonderful time learning about gardening and Eric Carle! Be sure to check back for our Teacher Feature next week!