Recently we brought you a Teacher Feature showcasing a lesson on rowing and crew from of our 4-year-old classes.  We’re back with a round up of their sports unit led by teachers Jessie Miller and Will Kuehnle.   The web below depicts their entire unit, and the photos that follow highlight some of their lessons.

The Why of Sports
It was important to Will and Jessie, that their sports unit not solely consist of playing games, but also integrated an array of subjects such as science and art.  During their week on the “who and why of sports”, the Honey Bears learned more about the science of their bodies and how sports and exercise affect their health. 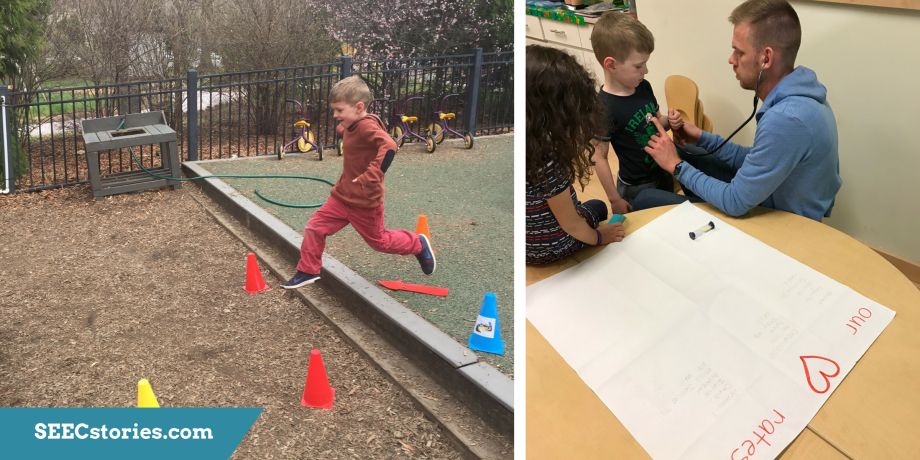 They also talked about sports medicine, and the importance of taking care of our bodies when they are injured.  The children were so interested in sports medicine, that Will and Jessie incorporated more lessons related to medicine throughout the unit, for example, they talked about tendinitis during their week on tennis.

To introduce the children to golf, the class visited Hendrick Avercamp’s A Scene on the Ice at the National Gallery of Art.  The painting shows people playing on the ice, including two boys playing “colf”, a mix between golf and hockey.  After observing the painting, Jessie showed the children the tools of golf including a golf club, ball, and “hole” (made using blocks from the classroom). 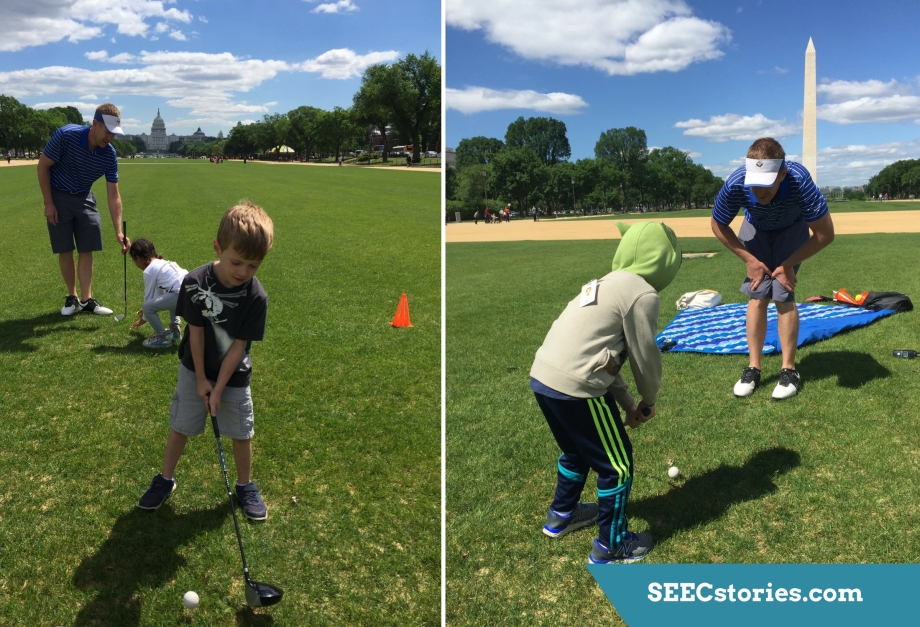 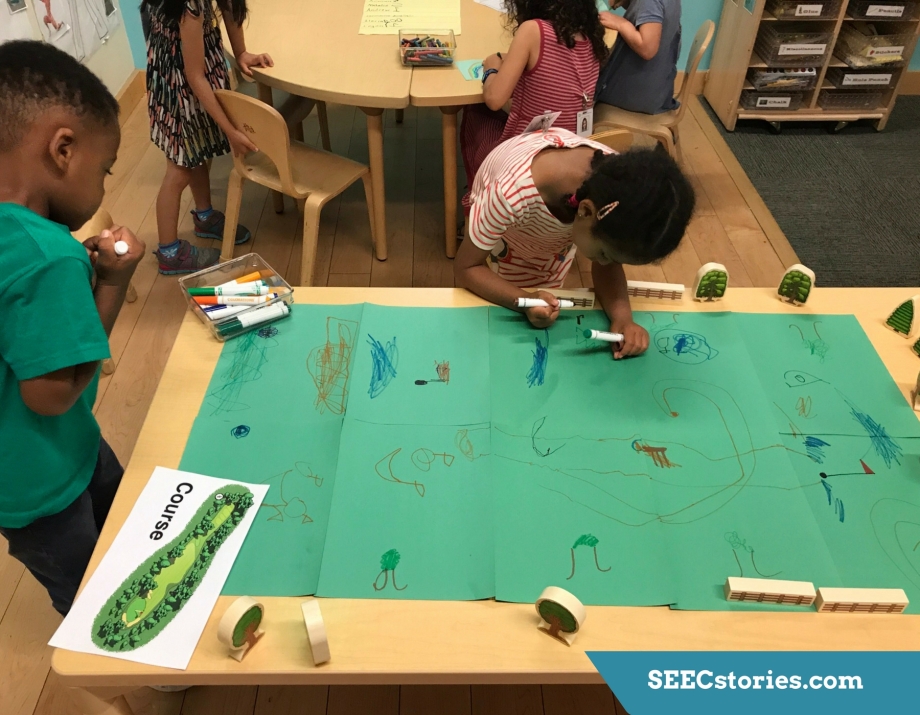 Back in the classroom the children collaborated on a golf course using blocks, markers, and paper.

They also practiced their persistence by playing a golf-like game by blowing their golf balls (pompoms) along the course with a straw.

The National Air and Space Museum has Sally Ride’s racket on view, and the class visited it to learn about Sally Ride, and think about how gravity affects the game of tennis. 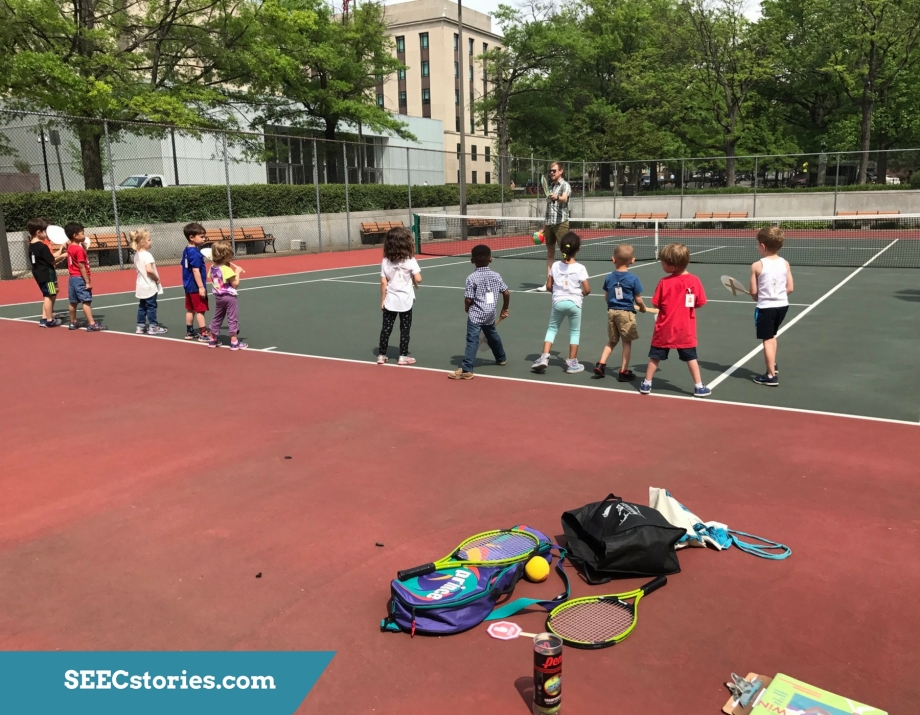 To end their week on tennis, the Honey Bears went to a local tennis court to try their hand at the sport.  After observing and talking about the parts of the court and equipment, they got to hit tennis balls with a racket, and then play a game of “beach ball tennis” using rackets made of paper plates and paint stirrers.

Back in the classroom, they continued to play tennis with balloons and their now decorated rackets.

What better way to understand the idea of buoyancy than heading down to the docks and seeing boats on the water?  The class went to the marina by the Tidal Basin to do just that.

They also went into a boating store and talked with an expert about boats.  Boat safety was also discussed and they got to try on life jackets. 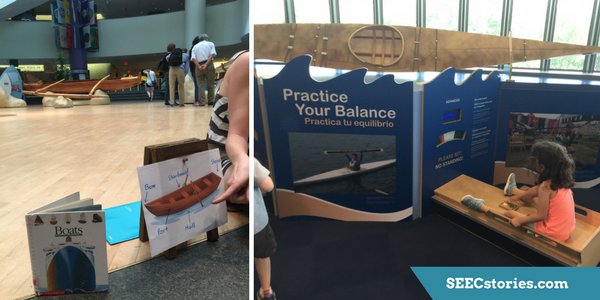 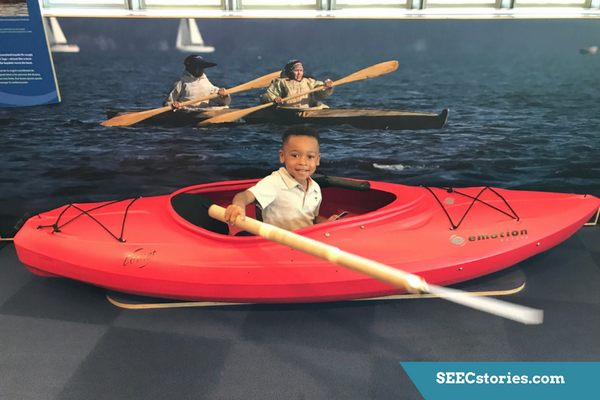 Later that week, the class ventured to the National Museum of the American Indian to see an Ojibwe Birch Bark Canoe to learn about the parts of a boat.  After that, they headed to imagiNATIONS Activity Center and practiced their balance in boats.

We hope you enjoyed getting a bigger picture of our Honey Bear class’ unit on sports!  Visit our sports Pinterest board for more ideas.