This week we are featuring Nicole Pyles. Her four year old classroom was learning about The Invisble Man by H.G Wells and decided to spend a day talking about the digestive system. Below you will find a reflection from Nicole and images from her lesson.

The Digestive System- Via the story of The Invisible Man by H.G. Wells

I hoped that my class would begin to be able to list key parts and function of the digestive system and retell the events of chapter 12 of The Invisible Man.

I thought that the lesson was well paced and did a nice job accommodating different learning styles. I started the lesson at The Museum of Natural History in front of a human skeleton. I used a pre-kindergarten appropriate book as well as an intricate model of the human body to teach my class about the digestive system. Later, in the classroom, students created their own collage of the organs used for digestion with colorful and textured materials, which enriched the lesson with a fun and creative activity.

Overall, the goal was to illuminate a relevant plot point in the story of The Invisible Man; the idea that even though the Invisible Man (Griffin) was invisible,  he could in fact be seen when he ate and digested food. I liked that the lesson helped my students understand the science themes in the book, as well as helped create an idea of the journey of the character Griffin in our story.

When doing an involved art lesson, it is very important to organize your materials very thoroughly. We created several different parts of the human digestive system, so it is necessary to have the material well organized for each student before the lesson.

Here are a few images from their unit on The Invisible Man: 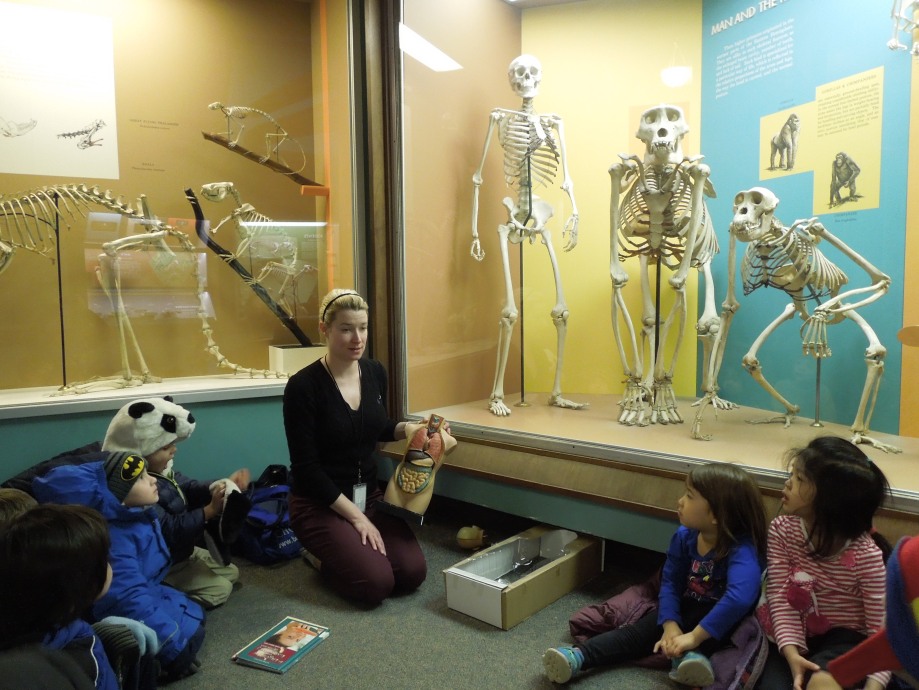 Nicole and her co-teacher decided to read The Invisible Man  by H.G. Wells after their class was introduced to Mr. Invisible in a The Secrets of Droon book. The kids really latched on to the character and would often set a place for him during snack. These teachers decided to connect that character to the one in the H.G. Wells classic and the students loved it! The group would read a chapter or two of the book each day and focus their lesson on topics discussed. In one chapter, H.G. Wells describes how the organs of the Invisible Man can not be seen but the food can. The kids had a great time imagining a piece of bread floating in the air slowly disappearing. Nicole decided to teach the group about the human digestive system in front of the skeletons at the National Museum of Natural History. She brought along a model to illustrate the digestive organs that were no longer inside of the human body on view.

Nicole walked the group through the different parts of the digestive system by showing the organ in the model, the written name, and location of it on her own body. 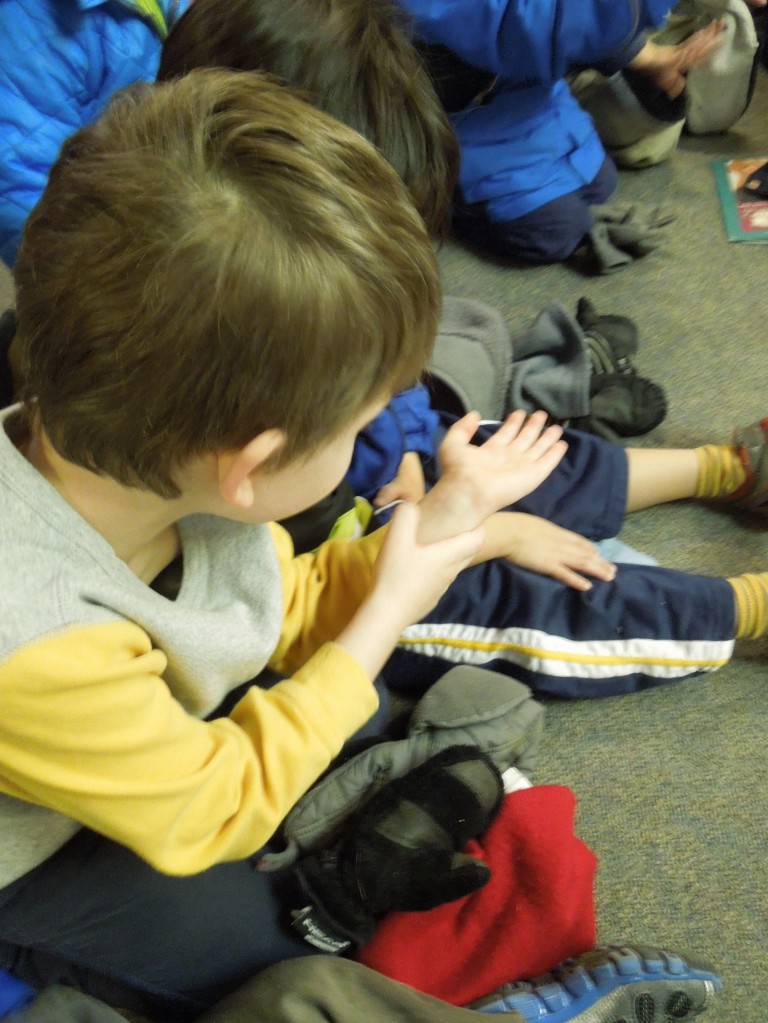 The kids had a fun time finding the coordinating organ on their own bodies. 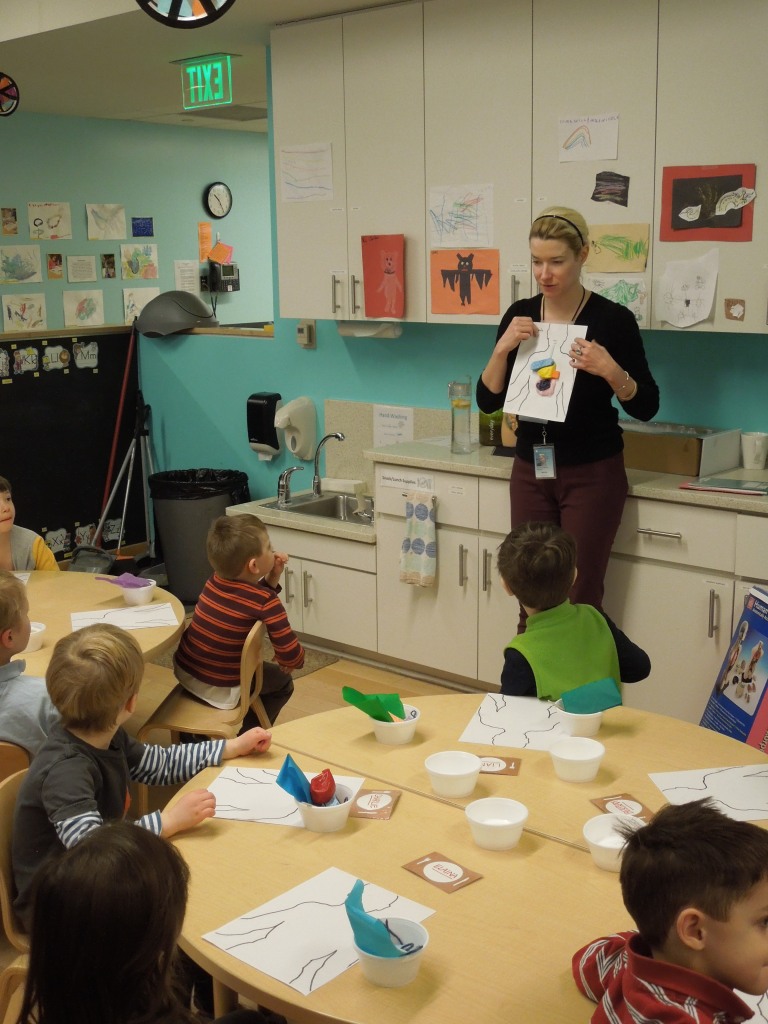 When they returned to the classroom the group each had an outline of a body and a bowl full of “organs” made out of different materials.

They started with a straw for the esophagus. 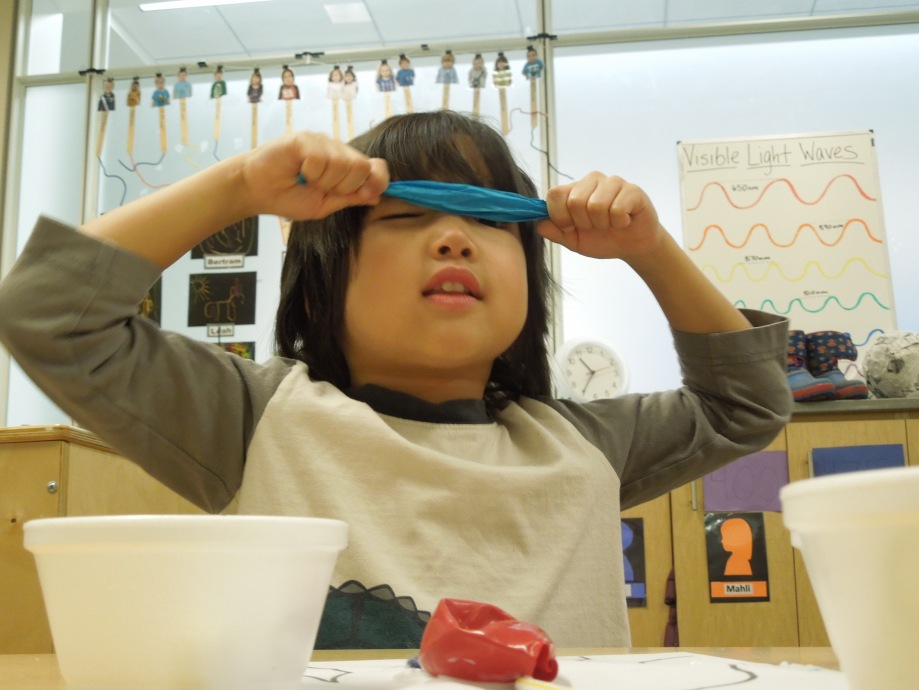 This child is working on making his large intestine with tissue paper. 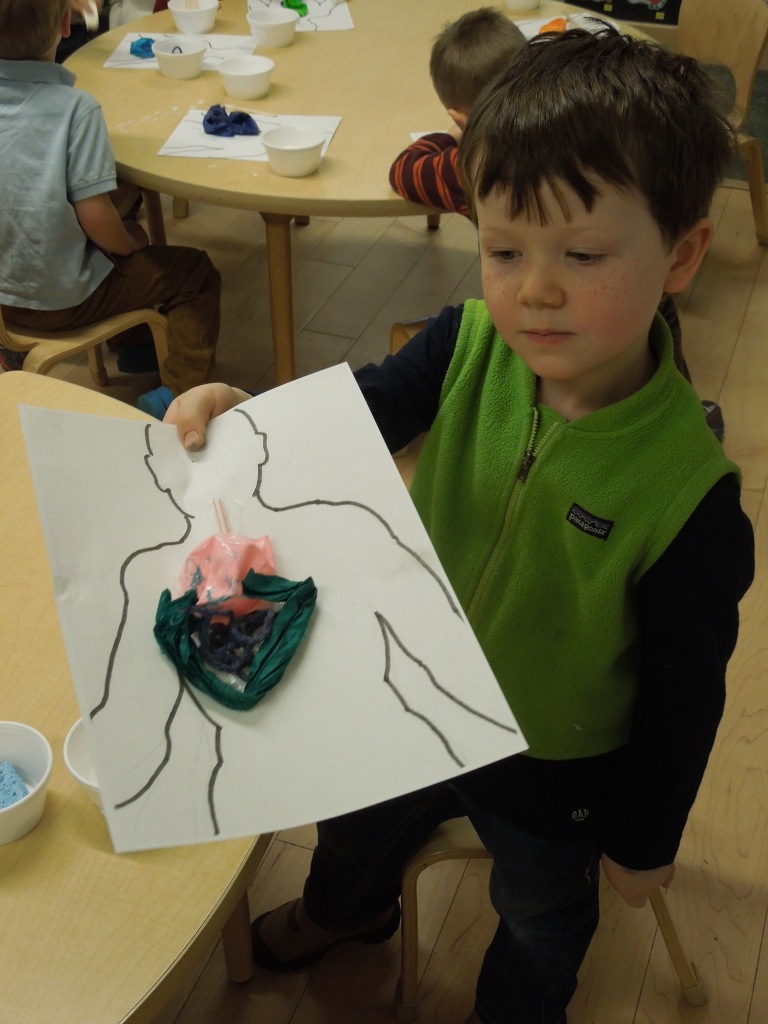 Here is the (almost) final product! A straw for the esophagus, balloon for the stomach, string for the small intestine, tissue paper for the large intestine, and a sponge for the liver (not shown).

This class had a wonderful time learning about the digestive system and The Invisible Man! Be sure to check back for our Teacher Feature next week!