Our most recent infant Teacher Feature on frogs was part of a larger unit based on the book Brown Bear, Brown Bear, What Do You See? by Bill Martin Jr. and Eric Carle. This classic picture book asks different colored animals, such as a brown bear, a yellow duck, and a green frog, what animal they see. Both colors and animals are major themes of the book. The infant class teachers, Logan Crowley, Jill Manasco, and Rosalie Reyes, realized that the children in their class were requesting to read Brown Bear, Brown Bear, What Do You See? more than other books, so they decided to create a unit focusing on the major themes, animals and colors. The web and pictures below show some of the activities, songs, stories, and museums that Logan, Jill, and Rosalie utilized when teaching the unit.

The infant teachers, Jill, Logan, and Rosalie, followed the interests of their class to come up with the unit on Brown Bear, Brown Bear. The infant’s love of Bill Martin Jr. and Eric Carle’s classic children’s book did not wane during the unit. Since infants learn through repetition, this story was read to them over and over again. 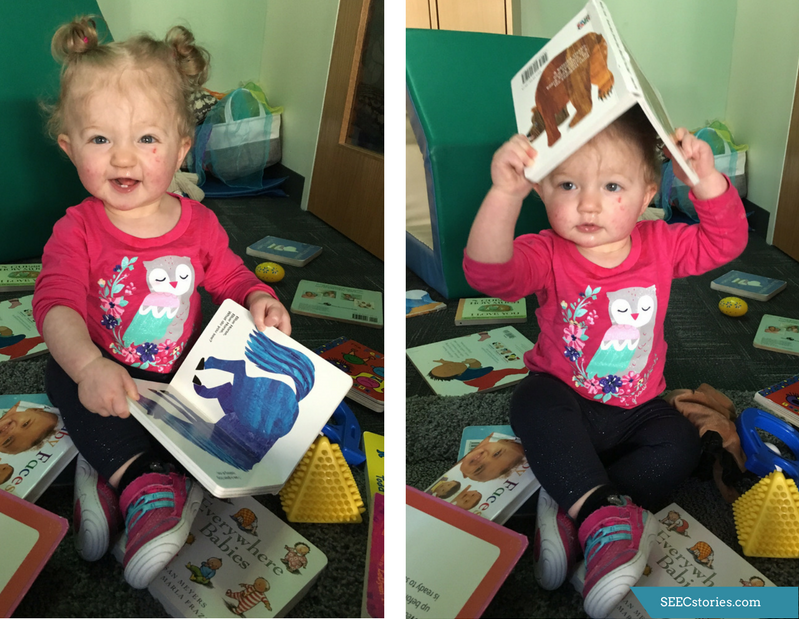 The infants would often pick up Brown Bear, Brown Bear, What Do You See? and look at it independently. For young children, books are not merely books, books are objects that are meant to be explored and played with along the lines of toys.

Infants love discovering how their bodies move. While learning about bears, the class experimented with moving like a bear by doing bear crawls.

To compare different types of bears, the class went to the National Museum of Natural History’s Kenneth E. Behring Family Hall of Mammals. While there, Jill was able to point out the characteristics of bears and allow the children to observe the similarities and differences between the brown bear and the American black bear.

To explore the environment that ducks and frogs live in, the infant teachers allowed plenty of time for their class to experiment with water in the sensory table.

Throughout the unit, the infants were provided with many different examples of the animals that they were learning about. The class played with rubber and stuffed ducks and were able to investigate images of ducks in the wild. 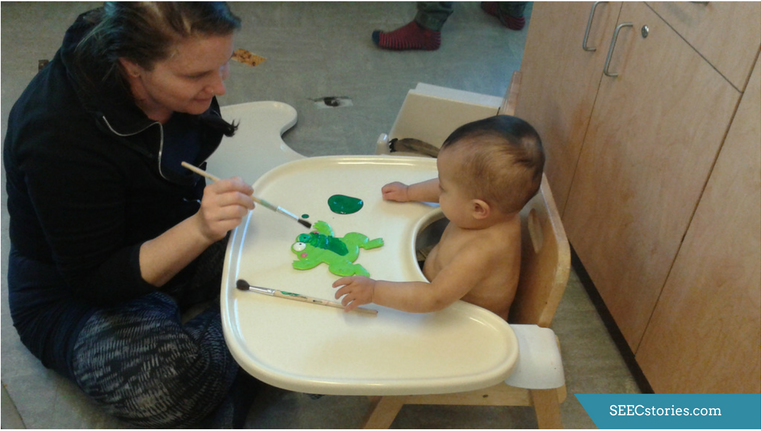 As part of an art class, the infants painted on toy frogs and lily pads. They were able to experience their toys in a new way. Using a paintbrush and their hands to paint, they were able to practice their fine motor skills. 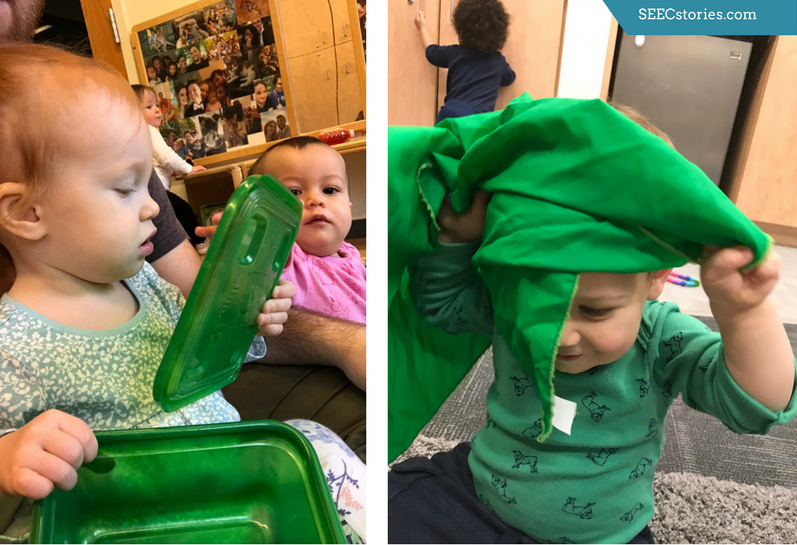 The class explored the colors related to the animals. For frogs, Logan, Jill, and Rosalie put out different types of green things. Some of the green objects were soft like the scarf and the infants were able to look through some of the objects like the plastic green containers.

Logan, Jill, and Rosalie realized that one way to extend the unit on Brown Bear was to add a unit on color mixing. They put out zip lock bags with two colors of paint inside and allowed the children to mix the colors to discover what happens when different colors are mixed together.

So their class could further explore color, Logan, Jill, and Rosalie made sensory bottles. They filled water bottles with colored water and some oil as well as glitter. Lastly, they glued the lids shut and then gave them to their class to shake, hold up to the light, and look through.